Throughout his writing and educational careers, Mr. Serling provoked thought wherever his influence reached. His pen planted seeds of imagination into the minds of old and young alike, even after his passing.

It is no surprise that to this day, art blossoms from his inspiration. The memory of Rod Serling can be found in many facets of the creative world, and we would like to honor a select few individuals who excel at this.

This award is given for achievement in the artistic aesthetic Mr. Serling endowed upon the world. Nominees are considered annually. 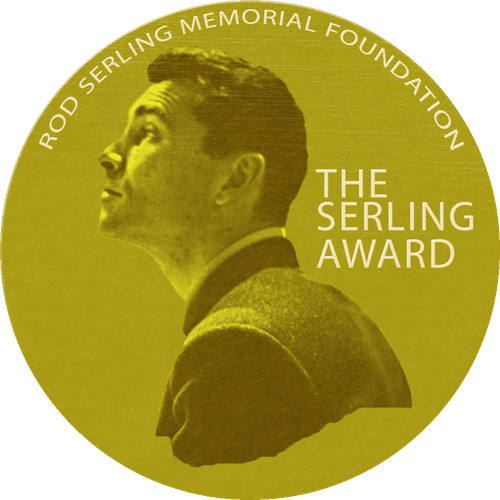 This book pays tribute to the genre Rod Serling brought to television in The Twilight Zone and Night Gallery. Find inside science fiction and fantasy both dark and light that runs wild between the extremes of mankind’s depravity and the limitless breadth of the human spirit.

Stylistically, Another Dimension resembles Rod Serling’s The Twilight Zone Magazine in its reverence for the type of morality tale that Serling mastered, tweaks it with a modern spin, and serves it up as a tribute to Serling’s legacy.

With a foreward by Tony Albarella, RSMF Board member and an all-things-Serling writer and editor himself.

This delightful documentary, about the carousel in Binghamton that plays a key role in the Twilight Zone episode “Walking Distance,” offers a history of the ride and describes its loving restoration in 2011, featuring interviews with restorers artist Cortlandt Hull, and master carver Bill Finkenstein, as well as daughter and biographer Anne Serling.

This “music inspired by Rod Serling and compiled for these current times” is an often poignant hip-hop record that fuses classic Twilight Zone monologues with the author’s poetry.

A personal touchstone is this repeated line: “These times won’t slow down…”